Site description: Imagine a typical bay with rocky edges and sand in the middle. Following the rock outside the bay is possible to see a lot of typical local fish, crabs, and octopus and if you are lucky even the shrimp called Red-backed cleaner shrimp or “Lady Scarlet”. Sandy area expands out of the bay and changes into a sea grass. Anywhere here look for flat fish like butterfly rays, common eagle rays, wide-eye flounder or angel sharks in the winter time. Don’t forget to take right bearing to come back to the rock and continue back to shallow. Turtles can be anywhere. If you have good eye, look for sea horses!!!! Also trupmet fish, cuttle fish, planehead filefish, bandtail puffer, lizard fish, scorpion fish blue-fin and atlantic damselfish and much more. 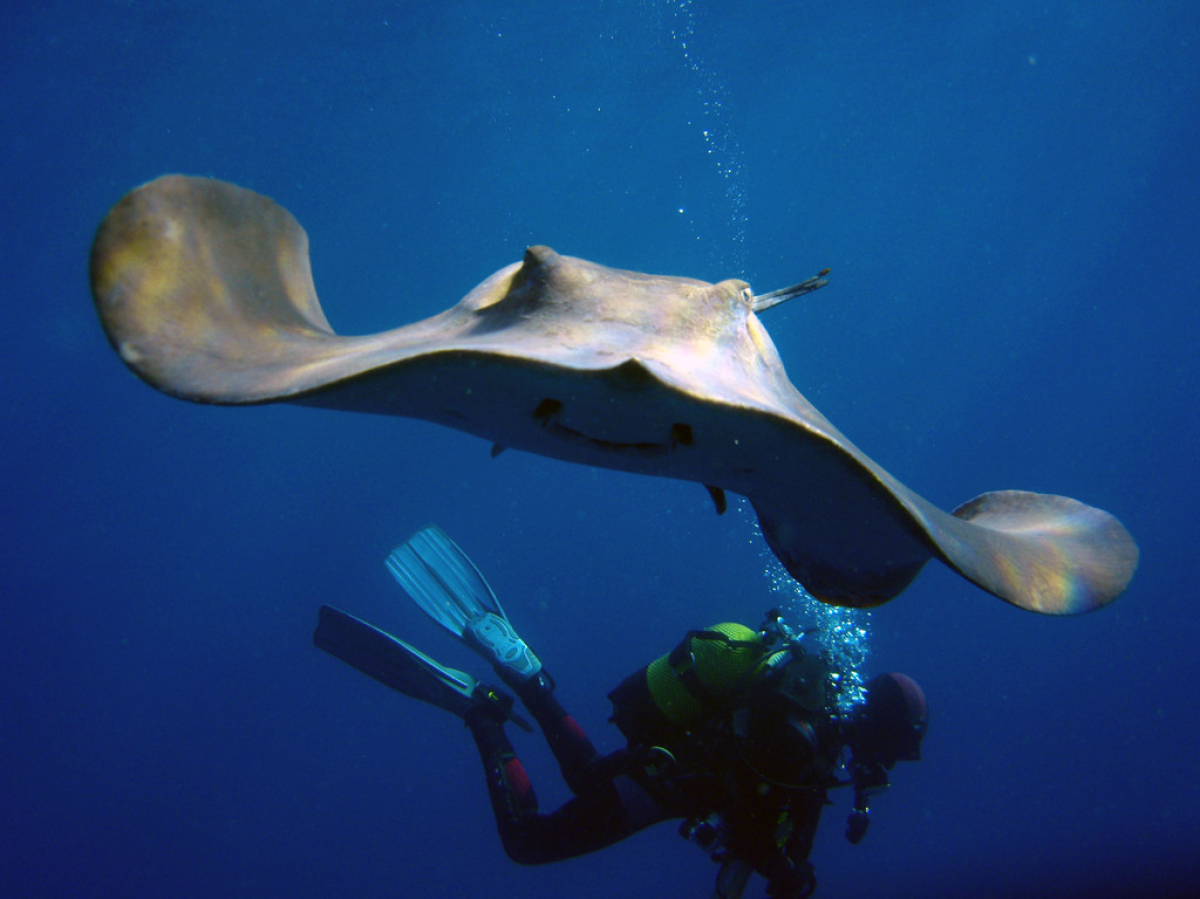 Site description: Starting on a platform at shallower depth, you go down along a rocky wall until reaching the bottom at 24m. From there, you reach the old fisherman cages on which you can sometimes spot seahorses if observing carefully. Other encounters could include many green turtles, various types of rays, crabs, grunts, wrasse, parrotfish, trumpetfish & many more. Site description: Starting at 12m on top of a rock,  you head deeper to explore the rocky bay. The bottom is mainly composed of sand with a max. depth of 24m including big lava canyons. On the way to the second bay, we can find sank anchor usually surrounded by bastard grunts. At the end, you can enter a large cave which shelter beautiful anemones.

It used to be known as stingray station but the sting rays are mostly gone. But still there is a possibility to see some species of sting ray like black stingray, butterfly ray or common eagle ray. We also find trumpet fish of different sizes, parrotfish and ornate wrasse, angel sharks, colony of garden eels, different kind of breams, groupers, arrow crabs etc. Site description: It is possible to do a drift dive on days when there is a current. If there is no current we can enjoy the dive along the Caleta wall and come back to the anchor. The rock is full of life and we can spend time paying attention to details, finding crabs, shrimps like Atlantic dancing shrimp, urchins, sea-slugs and starfish, also octopus, trumpet fish, bastard grunts, barracudas, moray eel and others. The sandy bottom on the other side from the wall is a great opportunity to spot some bigger fish, especially angel shark and different kinds of rays. Groups of rays also can be seen sleeping under the rocks in a small cave during the mating season. 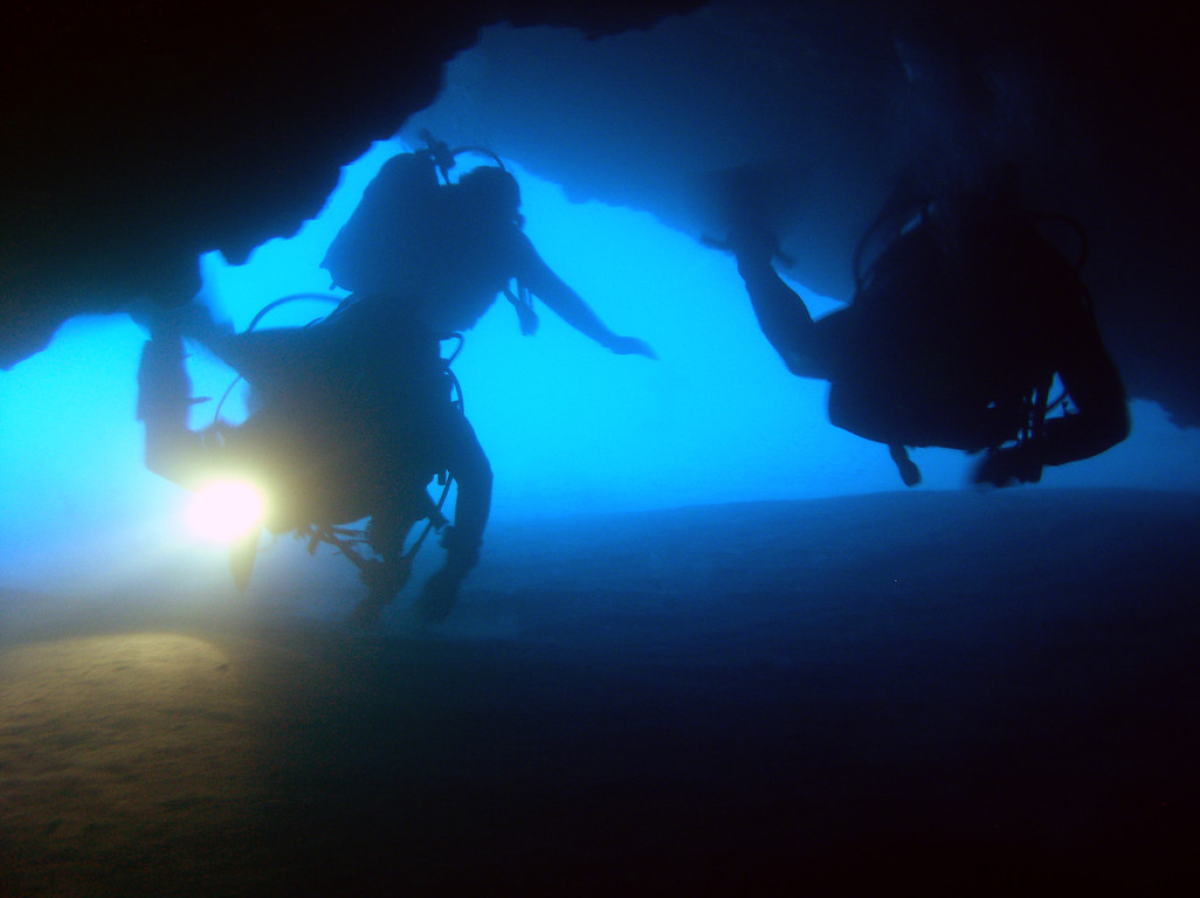 Highlights: Statue of virgin in size of a person, Entrance to Palm Mar cave – no entry!, a memorial desk of Jacques Cousteau – at 40m

Site description: Also called “Moray eels cave”, this dive site develops along a rocky slope of about 30 meters long and houses a large population of moray eels. Here we can see the three most common Moray eel species (Brown moray eel, Black moray eel and Fang-tooth moray) that sometimes come to share the same hole. We pass the giant cave entrance and if we are lucky we can see big stingrays, duckbill rays or angel sharks.

In spring / summer, we often come face to face with some pelagic species such as amberjack, grey triggerfish, etc. paying some attention to the cracks in the reef, discover a host of small invertebrates, particularly shrimps, anemones and sea squirts. In the sandy bottom, which reaches 32 meters deep, we find Garden eels galore plus the occasional ray. 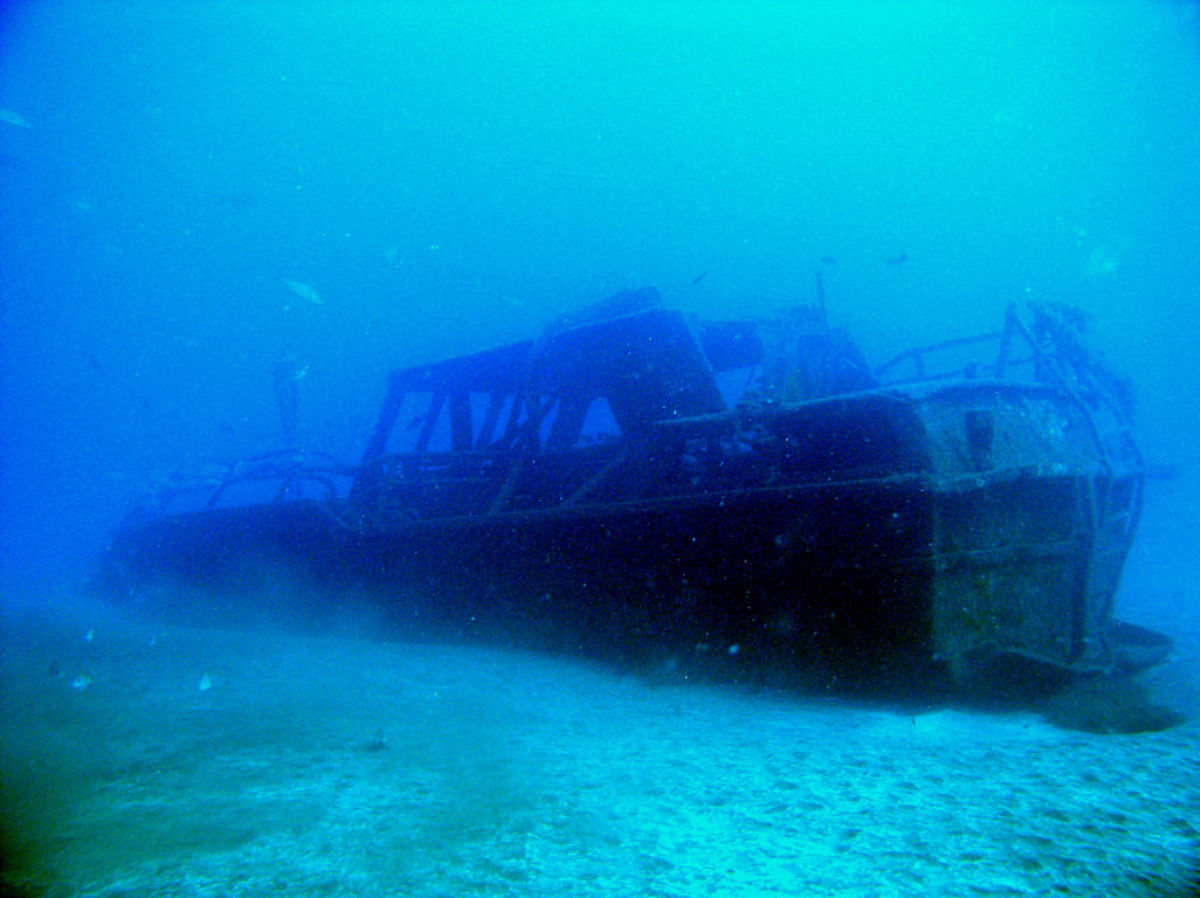 Time to harbor: In front of habor

Site description: It is a square dive where we always descent by the anchor line. During the descent we can already see the two wrecks lying on the sea bottom, separated approximately 25 meters one from each other. They are often surrounded by huge shoals of bastard grunts and white or two-banded breams and if we are little bit lucky we can see rays like marbled electric ray or big black stingray. Around the wrecks on the sand live large groups of garden eels. Pay attention to the wrecks themselves because their walls are full of life. Possibility to see arrow crabs, seaslugs, fireworms or anemones. Inside the wrecks are usually hiding massive trumpet fish together with more grunts and if we are very lucky canary rock lobster or triton snail. 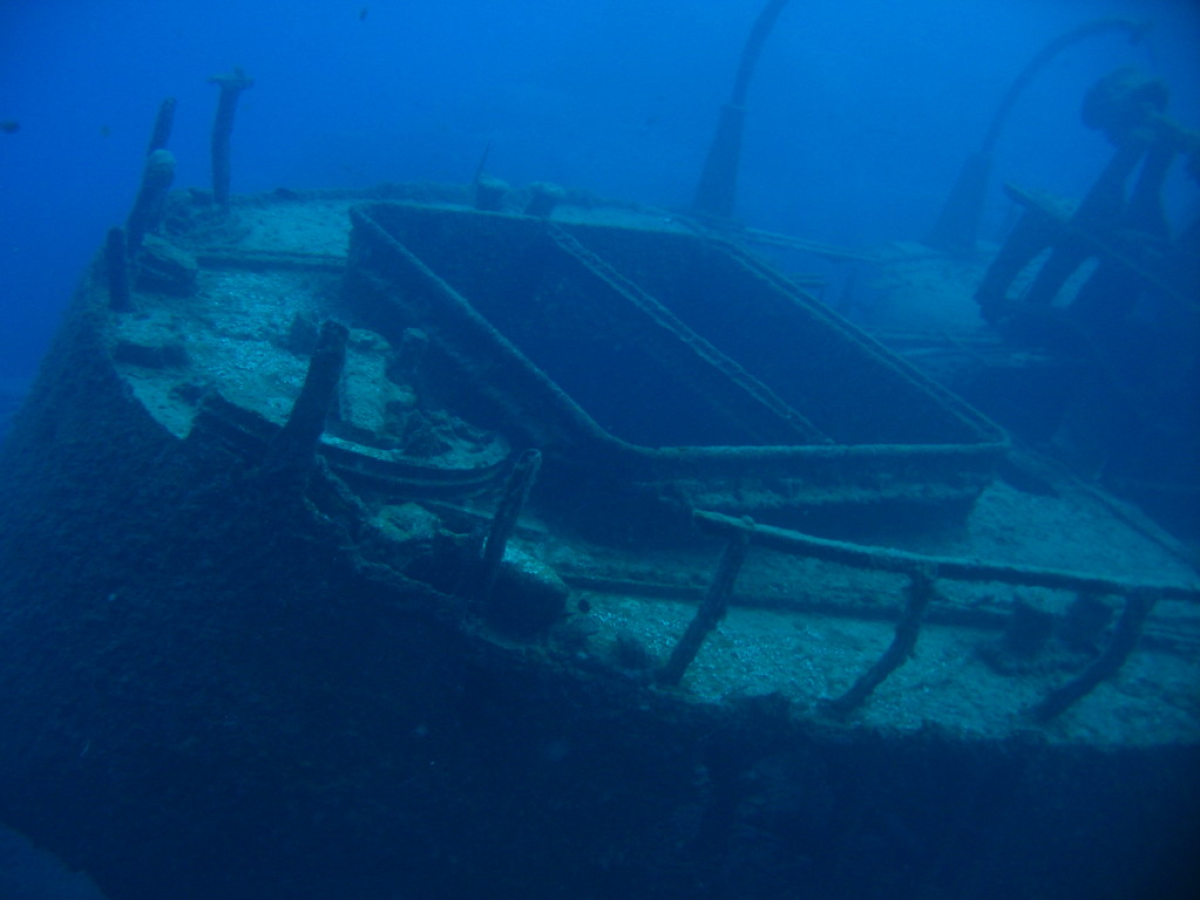 About the wreck: The Condesito was a cargo ship of about 30m in length, which sank 1 January 1972. The ship ran aground about 50 m from the Punta Rasca Lighthouse. When she sank she was carrying bags of cement for the construction in Los Cristianos that have now solidified into blocks.

There is a lot of sea life around the wreck and also the geological structure around it is worth seeing. Basically it is surrounded by columnar prisms, a result of rapid cooling of the lava on contact with water (It gives an impression of a road artificially cut through the rocks). Geologically speaking, we can observe a columnar disjunction (typical structure of volcanic rocks formed by columnar prisms produced during cooling of lava). It is possible to see large trumpet fish, white bream, fireworms, octopus, barracudas and parrotfish among others.

Interesting - Some sources suggest that the sinking was caused by the captain being drunk or that the crew went below deck to drink beer, to celebrate Christmas/New Year, leaving the vessel on autopilot.Other sources suggest the Condesito suffered engine trouble during a storm. Thanks Wikipedia.

The wreck lies in the middle of a canyon. She is now in very poor condition and we can find pieces spread everywhere around on the bottom. It is impossible to enter the wreck as it split in half many years ago due to strong storms. 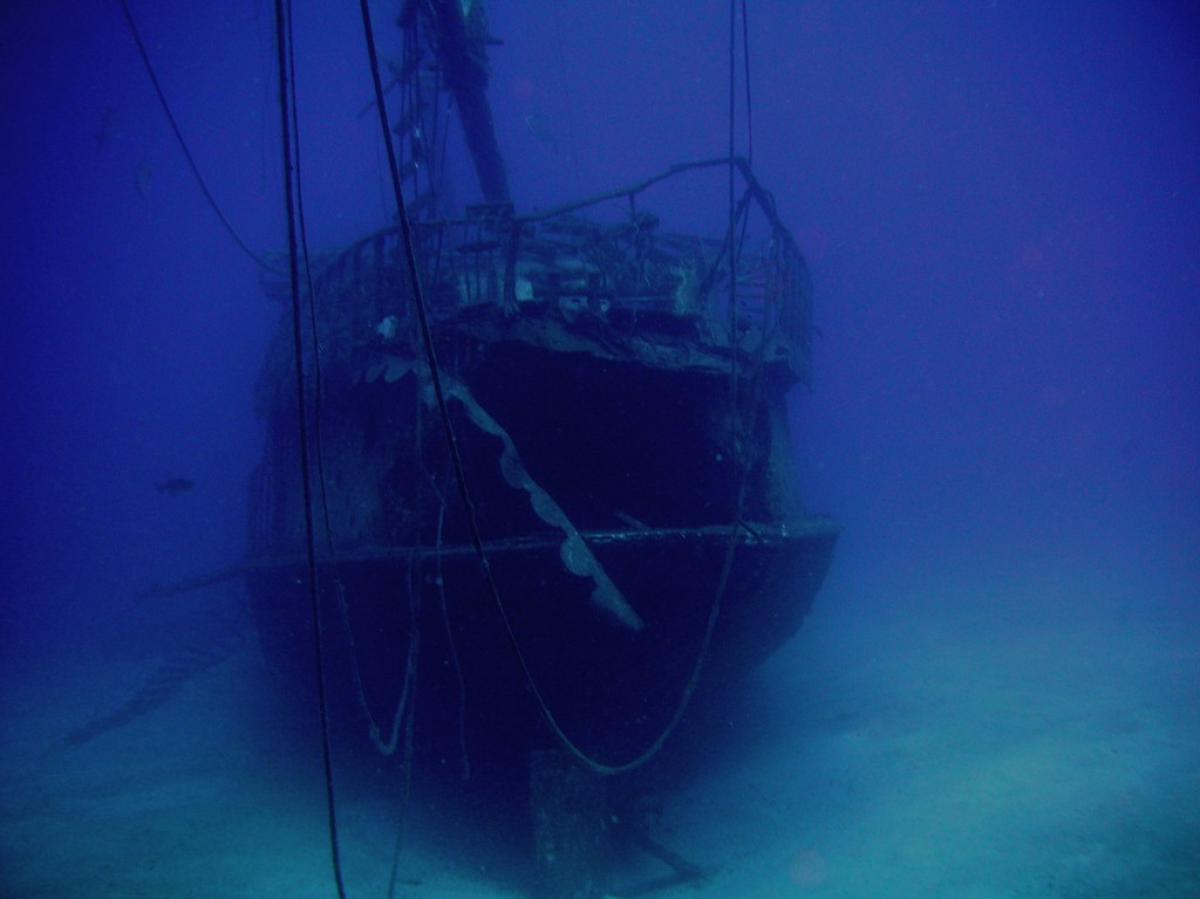 The wreck: German minesweeper from the WWII used as whale and dolphin watching boat before being artifically sunk in 2005. The wreck is 30m long and has a wooden hull with metal superstructure. The major mast is still in its place and gives us great opportunity for pictures.

We start to descent by anchor-line to the sandy bottom. Then we circle the wreck from the deepest point slowly around it, passing by the deck and ascending up to 12 m along the mast and then come back to the anchor-line. Around the wreck close to the bottom can be seen large species of fish like groupers, angel sharks and different kind of rays. The wreck itself also attracts fish like scorpionfish, rock goby or streaked gurnard, fireworms or shrimps. It is possible to enter and dive through the wreck. Shallower around the deck look for tunas, trumpet fish, combers, amberjacks, breams, filefish, etc.

Site description: Starting from a plateau, you reach an amphitheatre-type structure, providing the site an fascination underwater topography.